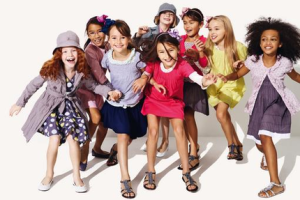 This weekend our family drove on the Jackie Robinson Parkway in New York. We asked Lady C (our 5 year old) if she knew who Jackie Robinson was because we previously told her about him and wanted to see if she remembered the history lesson. She said he did something in football (cue her father rolling his eyes) which we corrected to baseball. Then we told her he was the first black person to play major league baseball.

She paused a little and Aisha asked… “Do you know any black people?”

Ok… so, we asked if she knew any white people and she named several of her classmates and explicitly excluded a black girl in her class … let’s call her “Kelly”. We asked her what Kelly was and appropriately, she said Kelly was … a brown person… aha!

Lady C said: “She’s brown like me and you and daddy!” At this point, we didn’t realize that she left someone important out…

So we used the reference to brown people to explain that when people refer to black people they are talking about brown people whose ancestors are from the African continent. We had to have some discussion and correction there because she thought it was riiiight next to America. We let her know “Africa’s far”! Then came the interesting part… she said that Lady H was not black. She was a white person because she was tan like white people…

And then she asked us if allllll brown people are black people.

It shed light on the very important and often overlooked fact:

Talking about race is NOT easy!

When people want you to simplify things they say, “Explain it like I’m a 5 year old!” But ACTUALLY explaining race to a 5 year old is not that simple!  In fact, we had to draw from a bunch of different sources to get the point across:

So clearly race shouldn’t be treated like it’s an easy topic. Maybe more people would  get along if they didn’t treat race like it was a black and white issue…literally!

How do you discuss race with your kids? In fact, WHEN did you start the discussion? Did you wait for them to come to you or did you “prime” them when they were about to start playing with other races? We’d love to know!

6 thoughts on “Explaining “Black People” to a Five Year Old”